If you’re in the market for the best TV, you will find a lot of options available. There are plenty of TVs with smart functions, picture enhancements, seamless streaming, webcam, and many more. If this is your first time, you might feel overwhelmed by now. The best way to narrow down your options is by browsing TVs by brand that you like.

Now, we have arrived at having two brands that make great TVs, Samsung and Sony. In this article we’re going to compare Samsung QLED TVs with Sony 4K TVs and see which one is the best for you. remember that each TV model has its own unique features and also weaknesses. 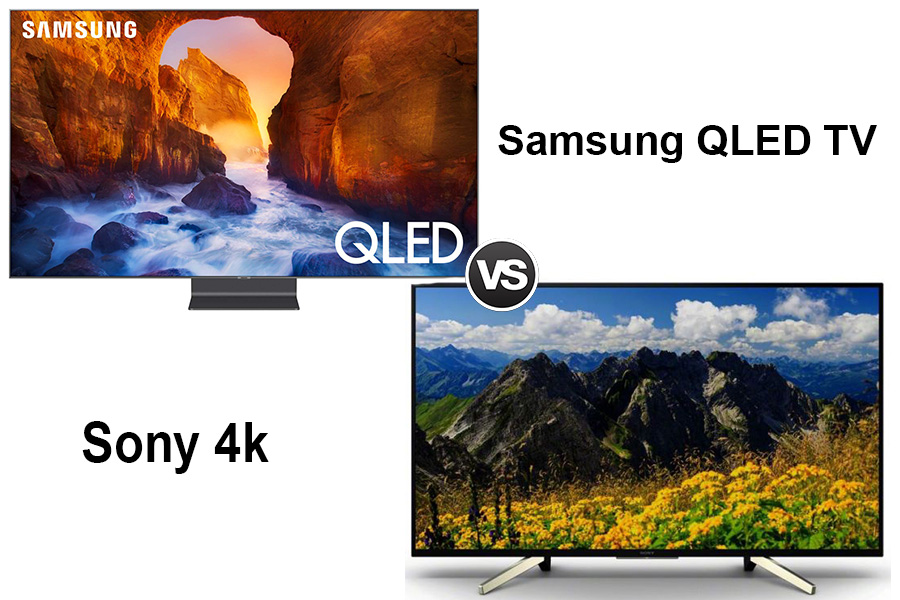 Samsung QLED TV Review
Samsung QLED TV is probably the biggest name is TV world, you have probably heard it from YouTube videos or some technology events. The fame is not without a reason, Samsung QLED TV lineup offers some of the best version of LCD display on the market, with picture quality that is on par with OLED and even more.

For example, take a look at Samsung Q90 QLED TV. At $300 less compared to an LG OLED, you will have a hard time trying to find the differences between the two. Samsung Q90 QLED TV is enhanced with a layer of quantum dots, which deliver better quality color and more brightness. The panels also come with more additional enhancements, including wide-angle viewing and powerful backlight that offers brighter highlights and more vivid color. Read also: Chromecast vs Anycast

Besides quality, Samsung also shines with its smart TVs. Samsung Smart TVs are available from pricey to very affordable and complete with a wide range of apps and customization options, and a few things that are only available on Samsung TVs.

There is Apple TV for Apple users. The stand-alone app is Samsung exclusive, meaning that it can only be used with Samsung TVs. With the app you can put all of your iTunes movies and shows on the TV screen, including Apple TV+ shows. You can do all of these, without owning an Apple TV Device or separate Apple TV box. 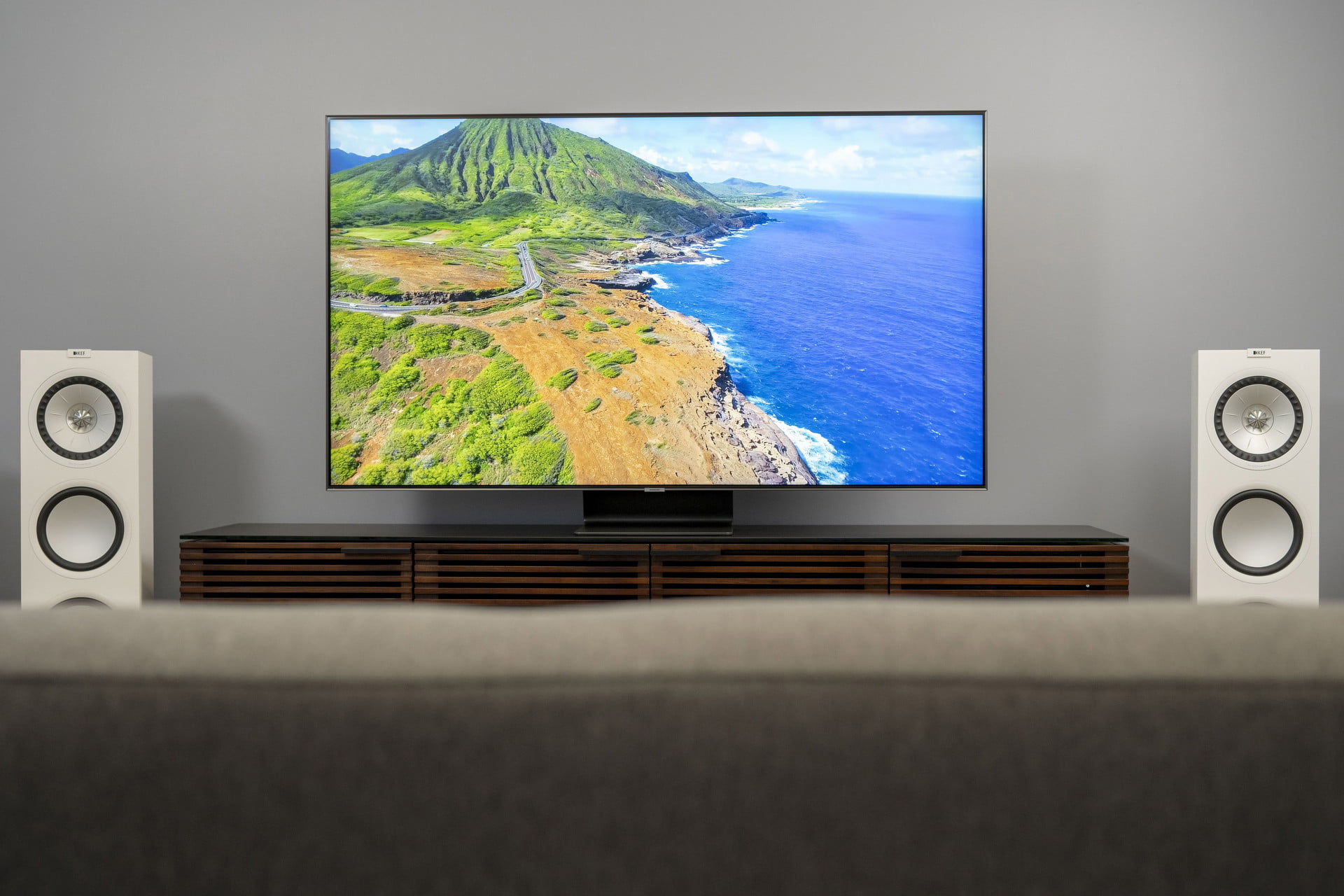 It doesn’t stop there, Samsung’s smart home integration is also top class. With it you can the entire Samsung SmartThings line up is compatible with each other and including third-party devices. Many connected-home enthusiasts are happy with it, and honestly, we can’t have any flaws at all.

Now it’s time for the drawbacks. Samsung relies heavily on Bixby, it’s a Samsung’s proprietary voice assistant that has poor accuracy and speed compared to Google Assistant or Amazon Alexa. It feels okay when it works, but when it doesn’t it can be very frustrating having to repeat what you said over and over again. Barking commands into your remote control might be something that you have to get used to.

Another thing is that the way Samsung trying to compete in the HDR format war causing the consumer to deal with the crossfire. With HDR10+ means that Samsung’s TVs don’t support Dolby Vision, the best version of HDR on the market. If you really want to enjoy Dolby Vision, Samsung QLED TV might not be for you.

Sony 4k Review
Sony is the champion when it comes to A/V and its present and influence in the TV world is still huge. Sony has released some of the best-looking TVs ever with Sony Master Series A9F OLED TV and even on standard LCD displays like Sony X950G 75-inch Android TV. Expect to see rich, lifelike colors thanks to Sony’s support for 10-bit color and several HDR formats.

The A9F is able to deliver high-grade picture quality, amazing sound and top of the class overall performance and complete with features like Acoustic Surface Audio+, which uses the glass panel of OLED display as the source of sound, the sound quality is more immersive than anything that comes from traditional built-in speakers. 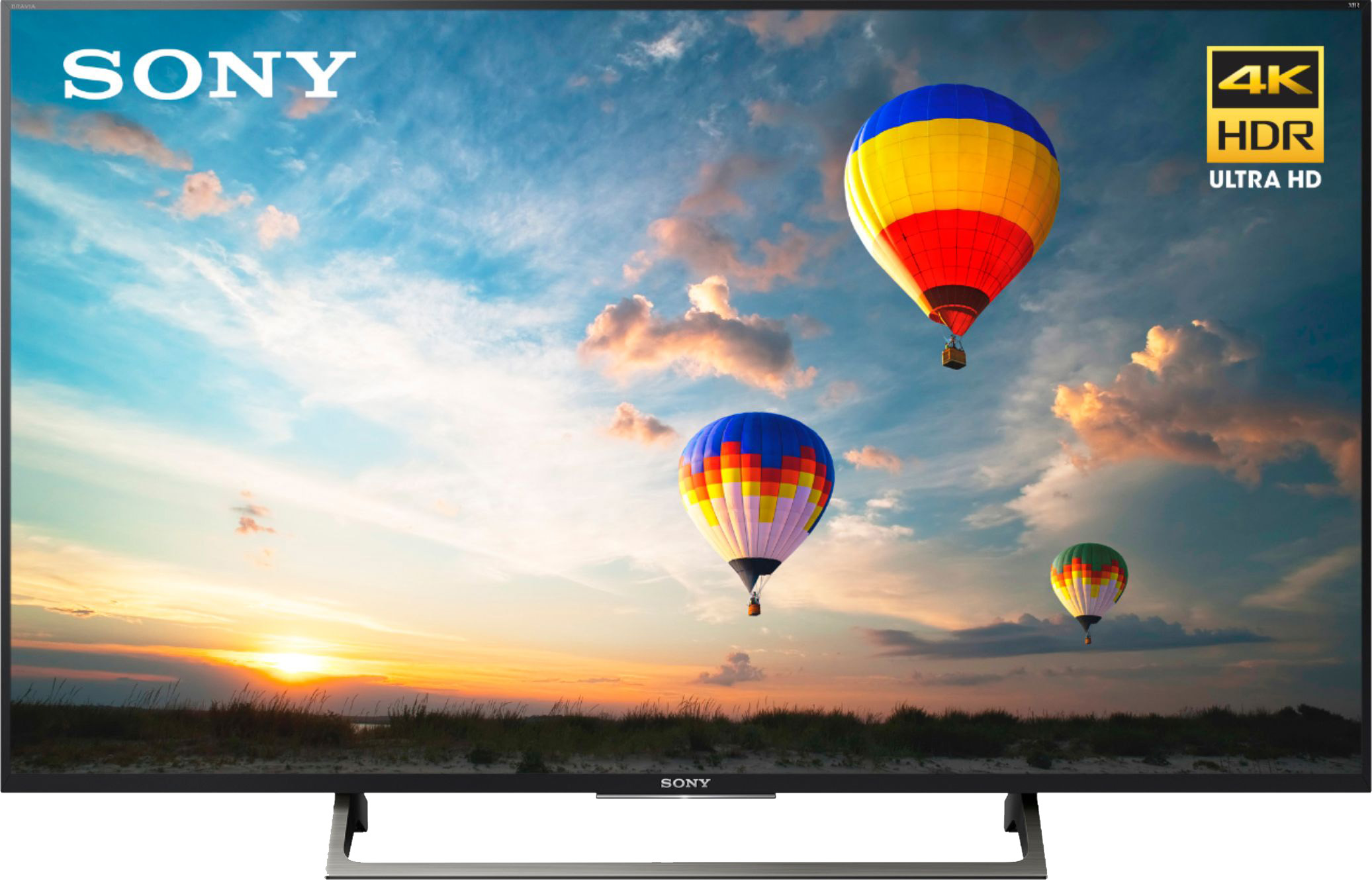 Sony’s smart TV platform is great for Android users, and it’s being constantly improved year after year. Its responsiveness, interface, and a rich ecosystem of apps and services through Google Play Store have been improved so much since last year. You will receive the full compatibility with Google Assistant, Amazon Alexa and Chromecast for easy accessibility and content sharing from mobile devices.

The drawbacks of Sony TVs are the complexity of the menu. The menus are like a labyrinth that is designed to make you lost, and even more frustrating since some features are turned off by default so you have to dig in the menus to turn it on. Connecting your TV to a game console for example, you’ll have to dig around the three or four layers of menu to enable it.

And one more drawback is the hefty price tag on Sony TVs, they tend to be more expensive than competitors. Especially the OLED models, which cost several hundred dollars more than competitors from Samsung or LG. Sony’s products are amazing with minimal drawbacks, but you’ll need to shell out more to get them.

Verdict
There is no doubt it, Both Sony 4k and Samsung QLED TV are both amazing with its own features. If you’re an Apple users and love to use Samsung’s own proprietary technology than you’re more than welcome to try their TVs. Samsung always trying to differentiate themselves from the competition and sometimes they’re kind of shooting themselves in the foot with the way they’re trying to compete in the market.

The bright side is that you can get a good quality TV with less the price of competitors. Basically, you’re getting more with paying less. It’s like the opposite of Sony TVs. If you’re an Android user, Sony is the way to go. You won’t encounter any compatibility problems with their TVs, and the quality of their products is undoubtedly the best.

It’s just that, you’ll have to pay the premium price tag for their products. If money isn’t a problem, then we definitely going to recommend you Sony TVs.

CERTAIN CONTENT THAT APPEARS IN THIS SITE COMES FROM AMAZON SERVICES LLC. THIS CONTENT IS PROVIDED “AS IS” AND IS SUBJECT TO CHANGE OR REMOVAL AT ANY TIME.